Tesla are well known for continual change and innovation. Over time as more cars become available on the used car market there can be a bewildering choice of cars with features littered with acronyms. The promise of software updates suggests all cars are the same which is not true, coupled with a lot of promises from Tesla which are yet to appear. We help navigate prospective buyers through the buying process with our definitive buyers guide to the Tesla Model S.

Why the Model S?

You're probably here because you're interested in the Model S, but it's worth quickly checking that it is the best model in the range for you. We have a guide to the Tesla model differences but can summarise the range as follows:

If one of the other models appeals, check out our buyers guide for that model.

You may also want to see what you can get for your money across the Tesla range and our Tesla Worldwide Inventory Search enables you to do just that, listing both new and used cars, and those sold by Tesla and through 3rd parties. We believe this is the only resource in the world that does this.

Tesla have adopted two basic naming conventions over the years for the model variants. The older system used a combination of letters and numbers:

There are essentially 7 different Model S periods, each with a different range of batteries. Tesla also make many changes each year with the changes to the Model S each year documented here. 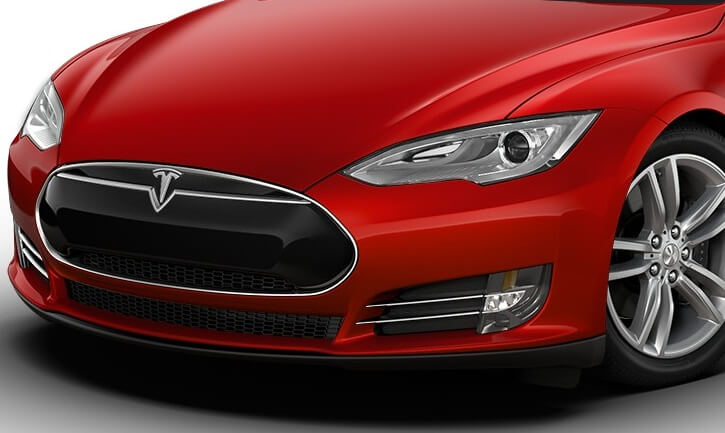 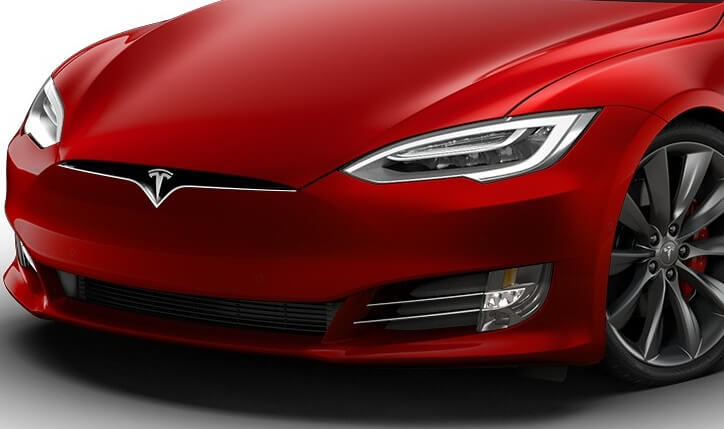 This question gets asked in two ways:

Buying an older Model S is a better proposition now than it was before the MCU recall and option to upgrade. One of the main downsides to Model S cars priced similar to the Model 3 was the reliability and ageing of some of the technology. Owners can now pay for updates to the latest (prior to the 2021 facelift) media screen, and if the car has the Tesla autopilot, to the latest version of that.

The advantages of the Model 3 is largely down to being more nimble to drive, faster supercharging rates and longer warranty. We certainly would not be put off any more with the prospect of an older Model S compared to a newer Model 3 for the same money but we would still want a Model S with full warranty.

Buying new is not an option in many countries and availability is thin where it is for sale. There are some substantial changes but the new model is not a significant leap forward on the previous version with more of a 4+1 seating configuration, essentially the same battery technology, and the new interior. That interior has its critiques, especially with regard to the yolk and the removal of stalks for the indicators, lights, drive select and autopilot.

After determining the model of car, the battery capacity and therefore range is the next main consideration (accepting exterior and interior colour is personal choice). Over the years Tesla have made cars with a wide range of batteries. Early Model S came with batteries as small as 40kwh, in more recent years they have been roughly 75kwh and 100kwh. The larger the battery, the further the car can go on a full charge.

On the Model S, the specification of the car in terms of upgraded hifi or air suspension does not vary with battery size.

Over time, the range for a given battery has varied depending on a host of variables. Wheel size has always been a factor, but Tesla have also developed the electric motors to more efficient versions which have added some miles. A similar thing has happened with the performance. We would worry less about these factors other than the later the car, the greater the range is likely to be for a given battery size.

When choosing the battery, the larger the better would normally be our advice as range is king and the larger battery cars usually have better performance and better rapid charging performance. The exception to this is we would take a facelift 75 over a pre-facelift 85, in part because the 85 battery is smaller than the name plate suggests, and secondly the facelift car has a number of advantages.

One potential issue buyers need to be aware of in Europe and countries where the NEDC system was used to rate the car range is that the NEDC rating system was extremely optimistic. All Tesla’s struggle to meet their rated range except in good weather and steady driving, but the NEDC figures were virtually impossible to reproduce. These cars may still be listed with the testing results using the NEDC standard and comparing them to cars with WLTP figures can be very misleading, plus the older age of these cars will mean many are now suffering some degradation making the results worse again.

The actual range is subject to a lot of factors including temperature and the type of roads you are driving on. A steady 50mph will be more efficient than driving at 70mph, and also more efficient than a lot of stop-start journeys where the car may cool down or heat up in the sun while stationary, cold weather soak being the worse. You are also unlikely to want to start from 100% and end on 0% and therefore the working range is approximately 80% of the theoretical range. Taking these factors into consideration, and adjusting for real world experiences, we have worked out the approximate summer range (temperatures above 15 deg C) and winter range (temperatures below 3 deg C but about -5 deg C) for the most common models to be:

There have been more variants of the Model S than any other Tesla model, with a variety of batteries each with different range and performance figure. Tesla use a hidden model iteration code to denote the differences.

For each variant we have listed the predominant years the cars were being sold. Occasionally Tesla have unsold models which they first register alongside newer models, we have ignored these when this is obvious. Some model codes may only be available in some parts of the world.

Except for very early Model S cars from before September 2014, all Tesla's have come with some form of Autopilot hardware. The main change between the 2 systems occurred in October 2016 when Tesla stopped using the Mobileye system and started using their own.

You can see the detailed autopilot differences here but in summary, the earlier Autopilot has reached the end of what it can do, whereas the Tesla system is still being developed and has the potential, according to Tesla, to develop into full self-driving capability. 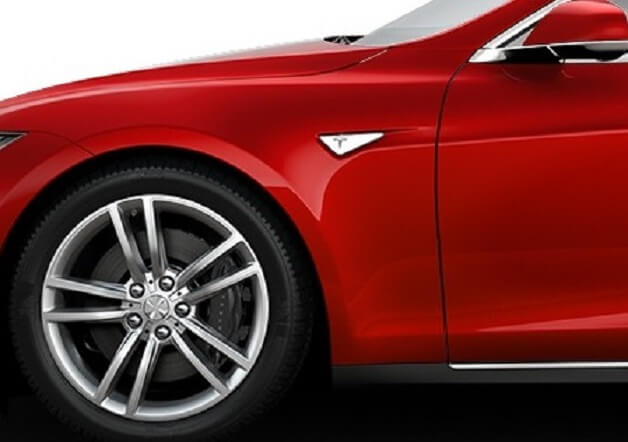 Side repeater of Teslas with AP1 hardware and before 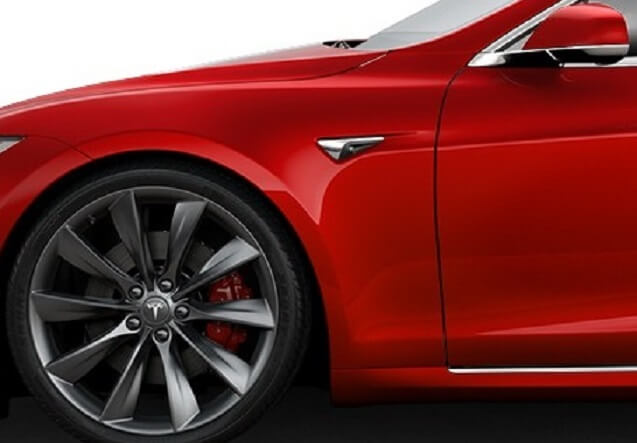 Side repeater of Teslas with AP2 hardware and later

Historically much has been discussed about the features the different versions of hardware offer, but we believe it comes down to 2 separate questions.

When looking at used cars, if you want Full Self driving capability it may be better value to find a car with that level of option already purchased as used prices do not reflect the purchase price of the option. However, if you find an otherwise perfect car at the right price it may be an option to pay for the upgrade after purchase.

There is a simple visual way to tell if the car has the Tesla Autopilot system or not and that is looking at the side repeaters on the front wing. If they have a camera built in they use the Tesla system, if they just show a Tesla logo, they are the older system.

If you have access to the car, or the seller has provided suitable screenshots then you can also refer to our guide to what options and hardware a Tesla has fitted..

From when the model S was launched up until around 2018 there many options available on the Model S. Some of these options became standard fit over time, others were dropped all together. We highlight the main ones:

To find out autopilot hardware, suspension, premium audio, cold weather pack etc, you need access to the car and follow this guide to find out what hardware versions a Tesla has. Many dealers are now including the required pictures in their adverts and those that do, clearly understand the cars.

All Tesla's except a very small number of MS60s from 2014 had supercharging enabled. This was unlimited for the life of the car until the mid-April 2017 where it only the first owners had free supercharging and eventually the benefit being dropped altogether.

Matters changed again in July 2019 where cars which previously had supercharging for the life of the car have had the free supercharging benefit revoked when passing through Tesla’s hands, i.e. taken in as part exchange, or returned at the end of a finance agreement, even if Tesla then sell the car into the trade. You now need to check the car regardless as the car may have been sold by Tesla as a used car in the past and had this happen to it.

Below is what appears to be a lot of potential issues with the cars. Owners of cars, especially as they get older or reach higher miles should expect the need to perform routine maintenance or have to fix some common failures. Tesla parts can be expensive, but increasingly third part solutions are cropping up to solve the problem more cost effectively.

One covers the battery and motor and was originally for 8 years and unlimited miles, changing at the beginning of 2020 to be a mileage limited warranty. The original warranty had no performance guarantee as was effectively a failure warranty, whereas the replacement warranty for cars from 2020 offered a maximum degradation threshold.

The second warranty is the general car warranty for everything else. This lasts for 4 years or 50k miles, which comes sooner.

Tesla also offered a used car warranty of 4 years, 50k miles warranty or 2 years up to 100k miles in total depending on whether the car was under or over 50k miles. Some used cars may still have the some of this warranty remaining. For more recent purchases Tesla have changed their used car warranty top one extra year after the current warranty expires.

The preface lift cars are starting to look dated and even the battery warranty is now close to ending. We would look at facelift cars and would now prefer a car with the Tesla Autopilot hardware and ideally either EAP or FSD activated.

The MCU can be updated for around $1900/£1700 to the most recent spec (excluding the 2021 facelift hardware) and these cars only really fall behind the last of the production with the lack of 1 foot braking and the latest air suspension.

Newer cars are likely to depreciate quickly with the introduction of the new 2021 model, it may well be worth looking at later cars if the price is right, but we wouldn't pay a significant premium for a later car.

We would also recommend the 100D battery, in either 100D/Long Range or P100D/Performance versions depending on whether you want the high performance. The smaller battery cars should be judged by how much less they are to these models, but we would recommend a 100D over a P90D if priced similarly as an example.

You check the whole market and compare prices between models on our Inventory listings.