The Tesla Model 3 has been available since 2017 and there are now many more used cars available for purchase as well as changes to the new models, both in terms of specification and where in the world they are made. We run through the history, the options, what we think are the common issues and make some suggestions on what to buy. 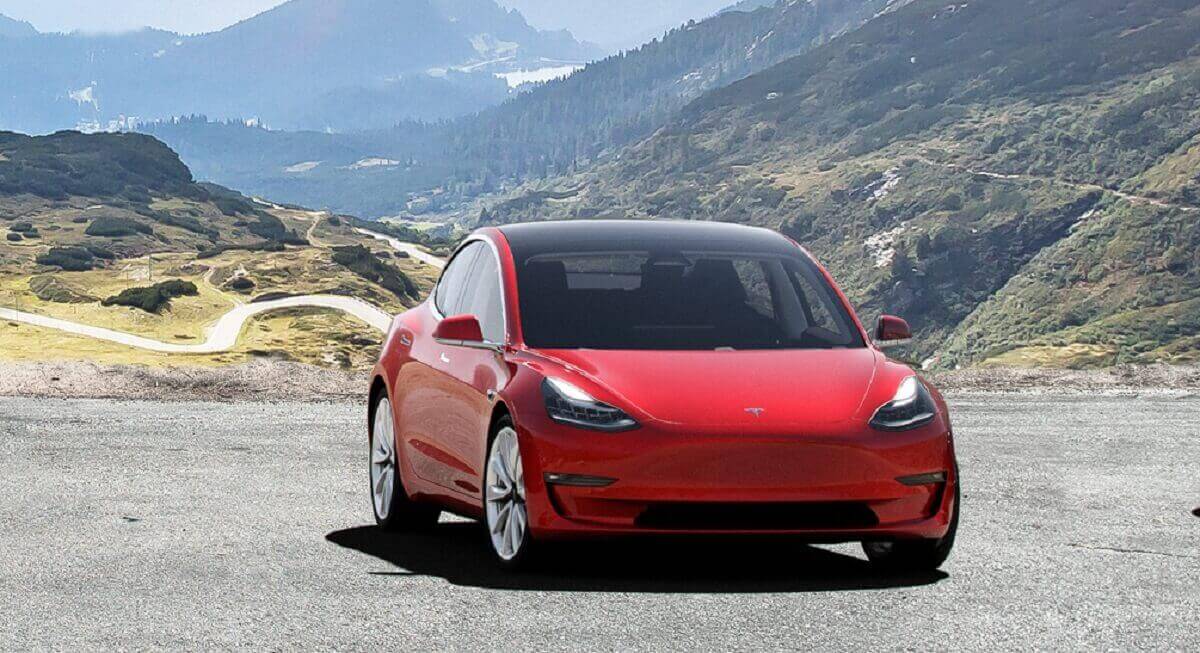 You may already know the Model 3 is the car you want, and we have a guide to the Tesla model differences. It is worth reflecting briefly on the other choices for similar money especially if you're looking at new or nearly new Model 3 cars.

The Model 3 medium sized sedan/saloon and as such has relatively few direct competitors in the EV space as other EV's at this price point tend to have a hatch back. If we use a slightly more liberal interpretation of the model type, the obvious contenders are the Ford Mach E and Polestar 2 but from 2022 we suspect the main compeition will come from the BMW i4 which combines the performance needed to match the Tesla with a step up in refinement and luxury. The BMW sells for a premium to the Tesla on a like for like basis but lease deals suggest the lifetime costs will be similar.

The Model 3 is widely available as new, nearly new or used cars, and we've a guide to saving money buying a Tesla which covers the different choices in more detail. The key differences in summary however are:

The Model 3 has not had an changes that you might call a face lift over and above model year updates. The most significant update would be the 2021 model year which made a number of changes:

The changes did not all occur at the same time, 2021 model year cars delivered at the end of 2020 may not have all the changes listed above. The Made in China LR models still seem to ship with the slightly smaller battery which are sold into right hand drive countries. For a full list of the changes and in which year see our guide to Tesla model history and changes over time.

Other changes are the expectation that the Ryzen MCU processor will start shipping in 2022 as we have already started to see Model Y cars with the new processor.

At launch Tesla promised the $35k car which was the standard range, however few cars were delivered in this spec. In some countries compliance cars were made to meet regulatory targets and these are similar to standard range cars and are striped down and reduced feature cars. The Standard Range Plus, Medium range, long range and performance cars followed with a combination of rear wheel drive and all wheel drive specs. The Long Range and Performance models were full premium specification with rear heated seats and higher spec sound systems and the larger battery also means it can charge slightly faster. We generally advocate larger batteries, but for a entry level car especially if primarily a local run around car, the SR+ model is perfectly viable for most.

The Model 3 is one of the more efficient EVs you can buy, but that efficiency also means any changes in inefficiency can be magnified. The WLTP and EPA test results are also fairly limited in what they tell you as the weather, driving style and speed can all cause significant fluctuations in the available range. In cold weather energy is required to heat the cabin and the car efficiency is reduced as the battery warms up, the smaller the battery the larger the proportion of available energy goes to heating, as a result stop start journeys in winter are worse than a single continual drive, and we've a page dedicated to cold weather driving to provide tips on how to improve range. You are also unlikely to want to regularly start your journey with 100% (the MIC SR+ with the LFP battery being the exception) and plan to arrive at your destination with 0% left and therefore we feel the working range is approximately 80% of the theoretical range. Taking these factors into consideration, and adjusting for real world experiences, we have worked out the approximate summer range (temperatures above 15 deg C) and winter range (temperatures below 3 deg C but about -5 deg C) for the most common models to be:

When buying new, the choices are now:

We feel the Long Range offers the best value for money. The performance can be improved for relatively little money to be virtually on a par with the M3P, it can be specified with a tow bar, and has all the features on offer such as heated steering wheels. The price gap varies between countries, but in most the M3P is a sizeable premium over the LR and some feel the ride is compromised with the larger wheels, although it does look better. The SR+ is a great entry level car, but the sure footed nature of the all wheel drive is worth paying extra for in the LR, together with greater range, performance and a few extra features.

Tesla use 2 different conventions for naming batteries. In the car configuration which you can sometimes access through MyTesla and can see when looking at inventory cars they use a code such as BT37, whereas on formal import paperwork they use a code such as EC5D. Websites like TMC often discuss the batteries using the EC5D type codes but potential buyers then have difficulty matching that to inventory in their region as Tesla don't use these codes in their inventory listings. The table below helps match one to the other:


Long Range and Performance models
Each Tesla has a model code which is a combination of various factors including the battery. There are a surprising number of permutations which list int he table below. This is important the model code is relatively easy to find in MyTesla just by looking at the image link of the car. From this model code you then determine the battery code and using the table above the alternative battery code if you so wish.

Tesla make changes in several ways to the cars, not all of which are immediately obvious other than through the performance statistics. Tesla use a hidden model iteration code to denote the differences and this matches performance, both range, top speed and acceleration to the car, ignoring options such as performance bost and any other software unlocking that may take place.

We have listed the predominent years the cars were being sold. Occasionally Tesla have unsold models which they first register alongside newer models, we have ignored these when this is obvious. Some model codes may only be available in some parts of the world.

It is worth noting that Tesla list performance model specifications with 1 foot roll out. This reduces the time by approx 0.2s, so this should be added to the 0-60 times to get a comparable time to those of the other models.

All Model 3 cars come with Autopilot hardware so the only material choice is the software level installed. Autopilot is standard on most, we feel paying a little extra for Enhanced Autopilot or Full Self driving is worthwhile with Enhanced Autopilot as an after purchase option a sensible option if you can make use of the features. Our estimation is FSD adds about 5-7% to the value of a car, so if you are looking at a car with FSD and one without, expect to pay about $3k more. We don't feel the $10k/£8k asking price from Tesla is ever reflected in used car prices.

The model 3 is fairly light on options besides colour and interior. There are however a few to look out for:

To find out what is activated in the car follow this guide on how to find out what hardware versions a Tesla has. Many dealers are now including the required pictures in their adverts and those that do, clearly understand the cars.

Where was it made, and does it matter?

The simplest way to tell where the car was made is to look at the VIN. Cars starting with LRW were made in China. Our VIN decoder provides additional information on the car.

The model 3 was a new platform and Tesla seem to have learnt from a number of the previous issues, however they have also introduced some new ones. Most of the Model 3 issues are factory issues and not ones that develop over time so the owner or a good condition car is likely to run into fewer problems over time, however getting a car in good condition can be harder than it should be because of Tesla's stance.

Model 3 cars come with 2 manufacturer warranties. One covers the battery and motor for 8 years and 100k or 120k mile warranty depending on battery size, whichever comes sooner. This covers the owner against failure or battery degradation although Tesla have written into the warranty that that battery losses due to software changes are allowed.

The second warranty is the general car warranty for everything else. This lasts for 4 years or 50k miles, which comes sooner. Few Model 3s will be out of warranty except based on mileage.

We don't don't particularly have a favourite. The SR+ models tend be significantly cheaper and offer good entry level value, the Long Range offer a more comfortable ride than the Performance and have better range, but the performance cars are great fun. We'd question buying FSD for a SR+ car and would suggest a Long Range without FSD for the same money would be more sensible and hold its value better.

The 2021 cars also have a number of advantages over the earlier cars with items like the heat pump and heated steering wheel.

You can check the whole market and compare prices between models on our Inventory listings.