The Model X was the second mass produced car from Tesla and has been in production since 2016. There have been few large changes to the car since it started production until 2021, but we cover the changes there have been together with the common issues to provide our buyers guide.

Why the Model X? 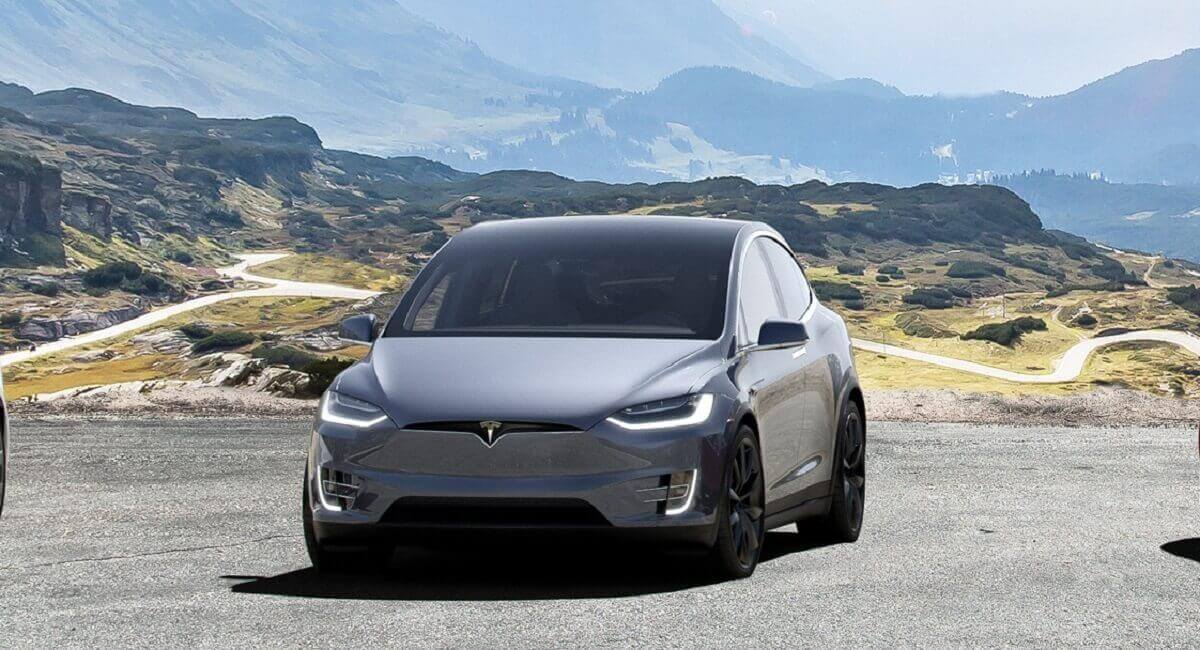 You're probably here because you're interested in the Model X, in which case only the Model Y is probably a consideration but this is smaller, the 7-seat option is compromised in comparison to the Model X and is not as premium. A model S shares the same platform and has plenty of room for 5 adults, but it is still not as big inside. There's just something about the Model X that makes it fairly unique.

You may also want to see what you can get for your money across the Tesla range and our Tesla Worldwide Inventory Search enables you to do just that, listing both new and used cars, and those sold by Tesla and through 3rd parties. We believe this is the only resource in the world that does this.

It's quite frustrating that new Model Xs are not available in the majority of the world and US deliveries are all but non existent as the car still holds a class of its own when it comes to carrying 6 or more people. Car's like the e-tron, EQC and iPace are all smaller and as first generation cars for their makes are all somewhat compromised. The new BMW iX, if you can get past its looks which do grow on you, is the only real contender in this price baracket although it is only a 5 seater. Like the Model S, we suspect the Model X crown will be taken away by cars like the iX unless Tesla can address the supply issue as the older Model X does feel it's age against the iX in drive and technology.

Tesla have adopted two basic naming conventions over the years for the model variants. The older system used a combination of letters and numbers:

All cars come with autopilot hardware with all but the very earliest cars using the Tesla system. More details on Autopilot are below.

The Model X had a lot of running model changes to address design issues over the life of the car, but relatively few significant ones.

The first major change was the update to the MCU in 2018. The new MCU was significantly quicker in operation and unlocked some capabilities such as sentry mode and dashcam, although these features also improved with the advances in autopilot hardware.

The only other significant change before 2021 was the Raven model with new suspension and different motors. This happened in 2019. Tesla have also made tweaks to battery and motors and the Long Range became the Long Range+ but essentially it was the same car with just some performance tweaks.

In 2021 Tesla performed a significant interior update with other changes such as tri-motors with the introduction of the Plaid model. This model is still yet to be released and current expectations are late 2021 in the US and 2022 in the rest of the world.

If looking at used, we'd suggest avoiding the earliest Model X cars especially with the smallest batteries as the range is quite limited and chose a Model Y in comparison, unless you need the 6 or 7 adult seat configuration. With the new Model X now in production, we suspect those countries that have access to new cars will start to see some depreciation of the used market which is very high at the moment.

The 2021 updated Model X has now started to roll off the production line for the US and proably Canada shortly behind. Given the strong residuals of used Model X we suspect it will be worth trying to get a new car if you can. Inventory cars of the MS 2021 do appear especially around quarter end so it may be worth keeping an eye on our inventory pages for when they are listed.

After determining the model of car, the battery capacity and therefore range is the next main consideration (accepting exterior and interior colour is personal choice). Tesla have offered a 60, 75 and 90 battery and later a 75 and 100 kwh battery, before finally dropping the 75 battery altogether. The 75 battery has a relatively short range especially in winter so in cold climates or for anybody who expects to travel more than 150 miles in a day, we would recommend looking at the 100/long range battery. We would definitely avoid the 60kwh battery.

The actual range is subject to a lot of factors including temperature and the type of roads you are driving on. Faster driving, especially in the Model X reduces range quickly and the larger cabin can require more energy to heat in colder weather. You are also unlikely to want to start from 100% and end on 0% and therefore the working range is approximately 80% of the theoretical full range. Taking these factors into consideration, and adjusting for real world experiences, we have worked out the approximate summer range (temperatures above 15 deg C) and winter range (temperatures below 3 deg C but about -5 deg C) for the most common models to be:

There have been a number of variants of the Model X with a variety of batteries each with different range and performance figure. Tesla use a hidden model iteration code to denote the differences.

For each variant we have listed the predominant years the cars were being sold. Occasionally Tesla have unsold models which they first register alongside newer models, we have ignored these when this is obvious. Some model codes may only be available in some parts of the world. The specifications include the different testing regulations in place at the time they were tested. The most realistic measure of range is the EPA figure which reflects moderately paced driving in summer.

Except for very early Model X cars, all cars come with the Tesla system.

The level of autopilot features (assuming using Tesla hardware) is linked more to the software option chosen and less the hardware.

When looking at used cars, if you want Full Self driving capability it may be better value to find a car with that level of option already purchased as used prices do not reflect the purchase price of the option. However, if you find an otherwise perfect car at the right price it may be an option to pay for the upgrade after purchase.

There is a simple visual way to tell if the car has the Tesla Autopilot system or not and that is looking at the side repeaters on the front wing. If they have a camera built in they use the Tesla system, if they just show a Tesla logo, they are the older system.

If you have access to the car, or the seller has provided suitable screenshots then you can also refer to our guide to what options and hardware a Tesla has fitted..

From when the model S was launched up until around 2018 there many options available on the Model S. Some of these options became standard fit over time, others were dropped all together. We highlight the main ones:

To find out autopilot hardware, premium audio, cold weather pack etc, you need access to the car and follow this guide to find out what hardware versions a Tesla has. Many dealers are now including the required pictures in their adverts and those that do, clearly understand the cars.

The Model X came with free unlimited supercharging for the life of the car until the mid April 2017 where it only the first owners had free supercharging and eventually the benefit being dropped altogether.

Matters changed again in July 2019 where cars which previously had supercharging for the life of the car have had the free supercharging benefit revoked when passing through Tesla's hands, ie taken in as part exchange, or returned at the end of a finance agreement, even if Tesla then sell the car into the trade. You now need to check the car regardless as the car may have been sold by Tesla as a used car in the past and had this happen to it.

Below is what appears to be a lot of potential issues with the cars. Owners of cars, especially as they get older or reach higher miles should expect the need to perform routine maintenance or have to fix some common failures. Tesla parts can be expensive, but increasingly third part solutions are cropping up to solve the problem more cost effectively.

One covers the battery and motor and was originally for 8 years and unlimited miles, changing at the beginning of 2020 to be a mileage limited warranty. The original warranty had no performance guarantee as was effectively a failure warranty, whereas the replacement warranty for cars from 2020 offered a maximum degradation threshold.

The second warranty is the general car warranty for everything else. This lasts for 4 years or 50k miles, which comes sooner.

Tesla also offered a used car warranty of 4 years, 50k miles warranty or 2 years up to 100k miles in total depending on whether the car was under or over 50k miles. Some used cars may still have the some of this warranty remaining. For more recent purchases Tesla have changed the their used car warranty top one extra year after the current warranty expires.

We feel the pick of the range is the 100D or later Long Range and with either the 6 or 7 seat configuration. The 90D appears to only be 10% smaller capacity but in practice is 15% smaller, and as you are unlikely to work the battery below 10% or above 90%, the extra capacity translates to a benefit of 20-25% more working range.

While the P/Performance models have extra power and accelerate faster, in such a large car and given the capabilities of the non-performance version, coupled with the drive shaft issues, it doesn't seem worthwhile. The price premium of the MX Plaid over the Long Range would also having us buy the Long Range, although some have argued the MX Plaid is better value than the MS Plaid.

Given high used residuals, if you can buy a new MX Long Range, then we would over a used car. If you can't, then we would be tempted to wait or look at the Model Y as the price for a half decent used Model X appears unsustainably high.

You check the whole market and compare prices between models on our Inventory listings.